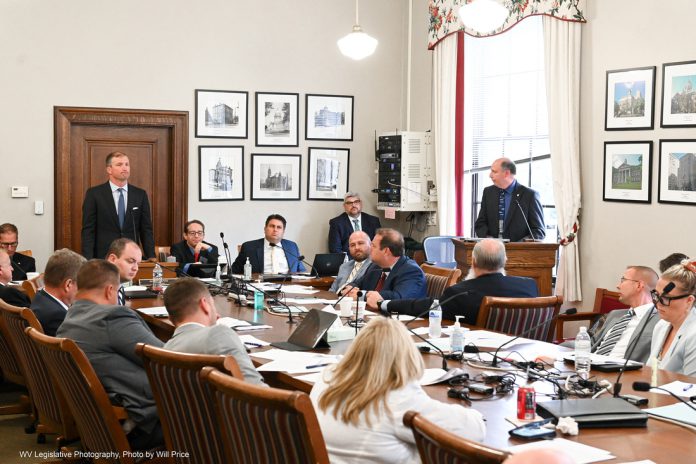 The changes in the bill include the insertion of Article 2R: the Unborn Child Protection Act. House Bill 302 prohibits abortion in West Virginia. The bill changed very little from the version introduced by the Health Committee yesterday. A definition changes from the originating bill for ectopic pregnancy to ectopic fertilization did take place for clarification purposes.

The exceptions to the prohibition of abortion are non-viable fetus, ectopic fertilization, and medical emergency based on a medical professional’s opinion. An amendment offered to add exceptions for rape and incest was rejected.

The changes from current law to House Bill 302 included abortion ban from 20 weeks to 0 weeks, informed consent is removed, and minor’s no longer having to wait 24 hours. In case of minors, parental notification remains.

Concerns about the potential criminal penalties for medical professionals were expressed, as penalties include up to 10 years in prison. Another concern was the lack of religious exemptions.

According to a Rabbi that testified, Jewish faith allows abortion, especially in the cases of rape and incest. While they believe life begins at conception, they believe personhood begins at birth. Due to this belief, the mother’s personhood takes precedent over the unborn fetus, as it has no personhood. Jewish beliefs protect the mother’s mental and physical. The Rabbi expressed this bill could lead to religious freedom issues.

The committee advanced the bill to the House Floor as amended.