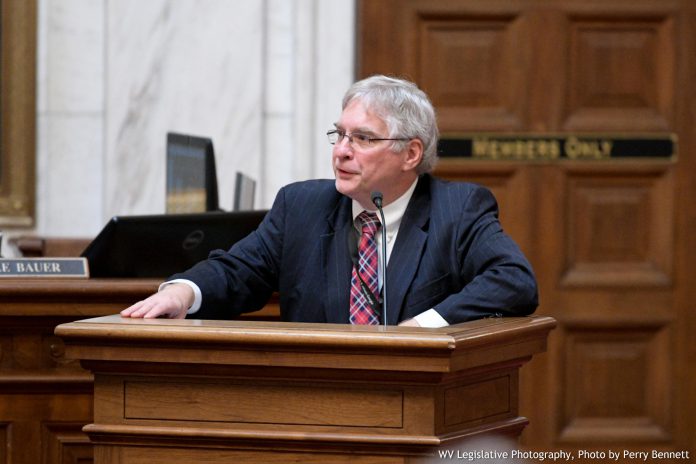 The Joint Standing Committee on Finance heard from Deputy Revenue Secretary Mark Muchow on the 2019 and 2020 fiscal years. The committee also heard a proposed interim bill that would reduce taxes on hard cider.

According to the Education and Finance 2019 Legislative Review, at the beginning of this fiscal year, the projected General Revenue estimate was $4.4 billion and the governor increased the estimate four times throughout the year, coming to a total of $4.7 billion.

The state ended the 2019 fiscal year with $36.8 million in surplus – with half going to the Rainy Day Fund and leftover funds going to partially fund the Medicaid appropriation.

Muchow said revenue for July and August, the first two months of the new fiscal year, missed estimates by about $49.8 million with severance tax being the major slowdown. Muchow explained the energy sector has been soft and exports have been down. He further explained that revenue for natural gas has been down 48% from last year and coal has been down 30%. He said the forecast assumed one to two pipelines under construction – the Atlantic Coast Pipeline and the Mountaineer Pipeline.

Muchow said $70 million was borrowed from the Rainy Day Fund but repaid on September 18.

He said state agencies could possibly prepare for a potential 4% mid-year budget cut.

The committee also discussed an interim bill to reduce taxes on hard cider. Hard cider is primarily made from fermenting apples but other fruits are sometimes added. It has a lower ABV than wine and does not include apple-flavored alcoholic beverages or hard lemonades, which would be classified as beer.

The bill would dedicate money collected from taxes on cider to the Agriculture and Development Fund to foster growth of apples and other fruits.  The proposed bill also would allow growlers for cider.

In Maryland, beer and cider are taxed at the same rate at 9 cents per gallon.

In Virginia, cider is taxed at 8 cents per liter.

Bhasin also outlined the federal classifications. Hard cider gets a special tax rate as long as it has 0.64 grams of carbon dioxide per 100 mililiters and contains at least 0.5% and less than 8.5% ABV. There have been proposals to increase the carbonation values and also permit other additives such as fruit or honey to ciders but they have not yet been approved.

Brad Glover and Brooke Glover, owners of Swilled Dog Hard Cider in Pendleton County, told lawmakers how this bill would affect their business.

Brad Glover explained hard cider is projected to be a $2.5 billion industry in 2019 and the industry is expecting significant growth. The market share is mostly, about 98%, national brands but regional brands are growing at an annualized rate of 25%, Glover said.

The Glovers founded their company in 2016. He said West Virginia is in the early stages of developing its hard cider industry. The company uses a significant amount of West Virginia apples. Glover explained West Virginia ranks ninth in apple production.

Glover said the reason this bill is needed is because it will reduce the barriers to enter the hard cider industry in West Virginia. He explained the money going toward cultivating and encouraging apple production is also essential. Hard ciders use certain types of apples that are higher in tannin than a dessert apple. He explained that hard cider companies can have a lot of access to apples but finding the right apples is crucial. 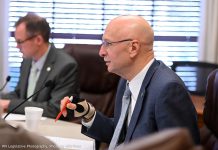 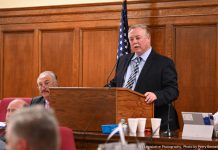 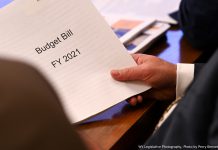