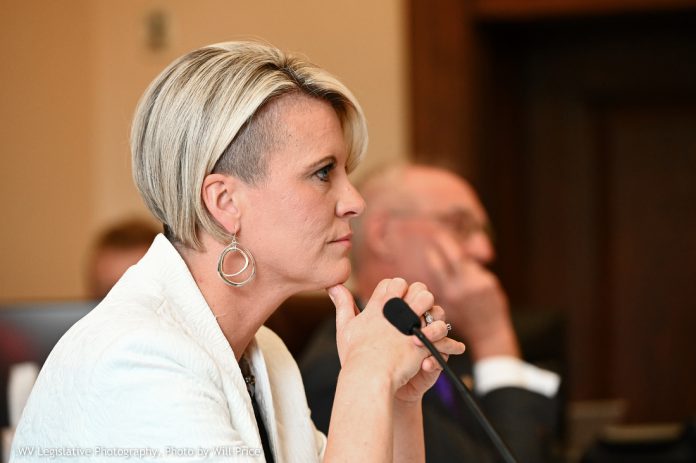 The Legislative Oversight Committee on Health and Human Resources Accountability met during the April Interim Meetings.

The focus of the meeting was the organization of the Department of Heath and Human Resources. Chief Counsel from the House Committee on Health and Human Resources, Charles Roskovensky, gave a brief history of the organization of DHHR. Several years were noted during this presentation. In 2012, a performance review of DHHR recommended the agency be split in two. In 2018, legislature was proposed to split the agency into three structures. The focus of this legislation was the Office of Inspector General and the creation of the Health Facilities Department. This legislation did not make it through the session. In 2019, changes were made within DHHR. In 2021 the Bureau of Families and Children split into two bureaus: the Bureau of Families and the Bureau of Social Services. In 2022, legislation was passed to separate the DHHR into two agencies: the Department of Health and the Department of Human Resources. This legislation was vetoed by the Governor.

Former Chairman of the House Committee on Health and Human Resources Don Perdue provided his thoughts on the reorganization of DHHR. He stated that DHHR has always been a top-heavy organization. He also noted the 2012 performance review, which recommended the split of DHHR.

Garrett Jacobs, the Commissioner of the Bureau for Child Support Enforcement, provided an update on Child Support Enforcement. He stated the main organization of the bureau is in field offices and the central office. There are 35 counties with full-time offices. The other counties are served part-time by those county offices. The agency has 487 full-time positions with 120 vacancies. The BCSE usually have a 10-20% vacancy rate and are attributing the increase to pandemic. He stated that the agency lost some new staff during this time, and it is believed that frustrations with uncertainty and difficulties training may have caused departures. The BCSE’s budget has remained static the past several years. The BCSE is the only state agency responsible for establishing paternity and child support collection and enforcement. The Bureau uses Online Support Collections and Reporting (OSCAR) to manage 91,334 cases. The system maintains case balances and tracks collections and distributions, generates legal documents, and works with the internal DHHR interfaces. PATH will replace OSCAR. The BCSE’s personnel, financial, communications, MIS, legal, customers services are provided by the Office of the Secretary.