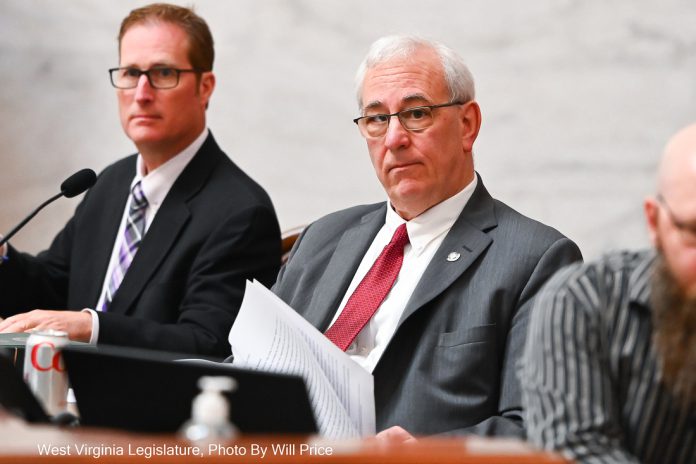 The Joint Committee on the Judiciary met on June 13, 2022 and heard three presentations.

The first presentation was on a draft interim bill regarding the West Virginia Consumer Credit and Protection Act. The act is Chapter 46a Article 7 Section 111. The act is intended to protect consumers from fraudulent schemes and other harmful practices. The AG has filed cases against several industries on the behalf of WV citizens including the tobacco industry, opioid industry and hearing aide dealers. The proposed language would restrict the statute of limitations to 10 years from violation of the Act. The proposed change would not be retroactive and could not be applied to cases which have already been filed. The point of having the AG bring a case against an industry is that there is strength in numbers and that is an important part of consumer protection.

The committee also heard presentations from the summer law clerks working for the House of Delegates. One presentation was on WV’s Freedom of Information Act. FOIA applies to public records only. Private records cannot be FOIA-ed. Fees may be collected if compiling the records takes more than one hour. If an individual is denied access to public records, action can be taken through the circuit court where the public record is denied. Penalties can be applied to a custodian who fails to fulfill the FOIA request. Attorney fees and court costs can be revered if an individual must take action after being denied access to public record.

The last presentation was on the WV Ethics Act. All public servants are subject to the Ethics Act. It is the code of conduct for public servants and prohibits individuals from knowingly and intentionally using their role to benefit in an unethically way. Employees cannot seek or be employed by a vendor the employee has public control over. The Ethics Commission was created in 1999 to enforce the Ethics Act and give formal advisory opinions to guide individuals. Members of the commission serve five-year terms and can only serve two consecutive terms.  The commission has nine members. The Probable Cause Review Board was created, and it is an autonomous board, which is not controlled by the Ethics Commission. Increasing the frequency of mandatory ethics training is a national trend. Many other states require training annually, every other year, or every three years. Another trend is including social media training as it has change the way public servants interact with the public.