Andrew Anderson Sworn in as Delegate in 35th District 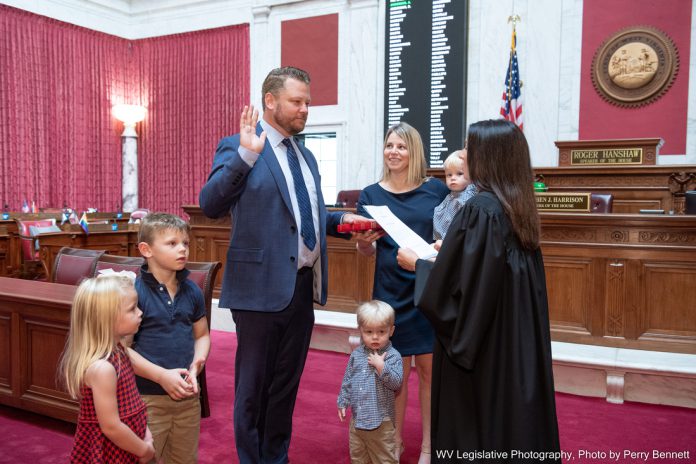 Andrew Anderson was sworn in as a delegate of the 35th district today by Justice Haley Bunn. Anderson was appointed by Governor Justice to the vacated seat of Larry Pack.

Anderson is a business development officer for Cooperative Business Services. Anderson accepted this appointment to make West Virginia a better place for families.