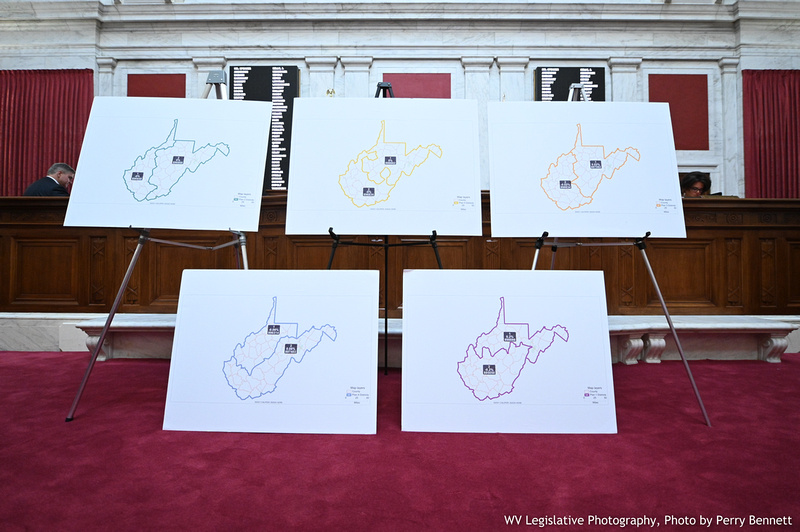 The House Select Committee on Redistricting met this morning. Proposal legislation was presented. All were laid over until the next meeting to allow the members and public to review the proposals before voting.

Jurisdictions should be as close to perfect populations as possible for congressional redistricting. For state districts, populations can vary up to 10 percent from largest to smallest if necessary.

Anomalies were found in WV including several counties contain wholly within another census block. A census block encompasses the width of Morgan County preventing it from being split into north and south districts. Therefore should the county be spilt, it must be split into east and west districts.

House of Delegate Map Proposal changes the current district into 100 Single Member Districts. The proposed map works to keep counties and municipalities together when requested. Occasionally, the opposite was requested, which is also reflected in the proposal. The map offers a different numbering system. District 1 starts at McDowell County and ends with the northern panhandle at 100.

The committee is adjourned at the will of the chair.