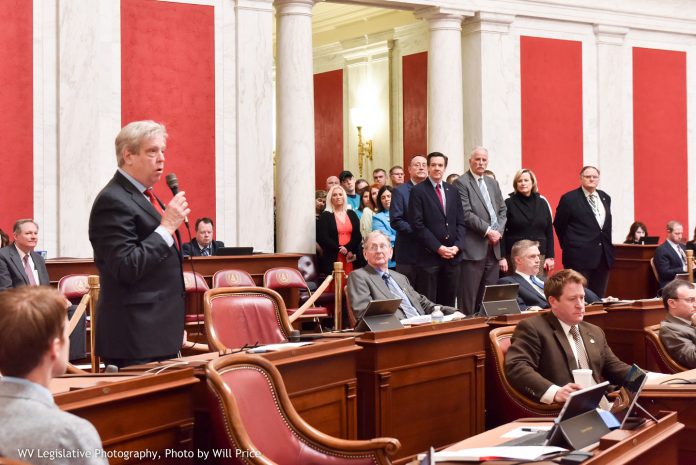 House bill 4524 seeks to remove outdated prohibition laws from the state. The bill allows for the sale of alcohol for offsite drinking across the entire state. There are currently 13 “dry” areas in West Virginia, which cannot sell alcohol. The bill allows political subdivisions to remain dry and provides that areas of the state may opt out of selling alcohol rather than opting to sell alcohol, because allowing the sale of alcohol will be the default.

House bill 4001 creates the W4est Virginia Impact Fund and the Mountaineer Impact Office. The Fund would invest in projects around the state to promote economic development, job creation and infrastructure development in the state.

The Senate met again at 6:30 p.m. and concurred with House amendments to complete legislation for Senate bill 583, which seeks to establish a program to further development of renewable energy sources to improve economic resources in the state. The purpose of the program is to lessen the state’s dependent on limited energy resources and encourage innovation and job creation.

The Senate has called for a Conference Committee to discuss amendments to House bills 4049 and 4887.

The Senate adopted 3 Senate Resolutions on Thursday. Brief recesses were held for the presentation of these resolutions.

Senate Resolution 66 designates March as Red Cross Month. Workers and volunteers of the Red Cross visited the chamber for the presentation of the resolution.

The Senate is adjourned until 9:30 a.m. on Friday.