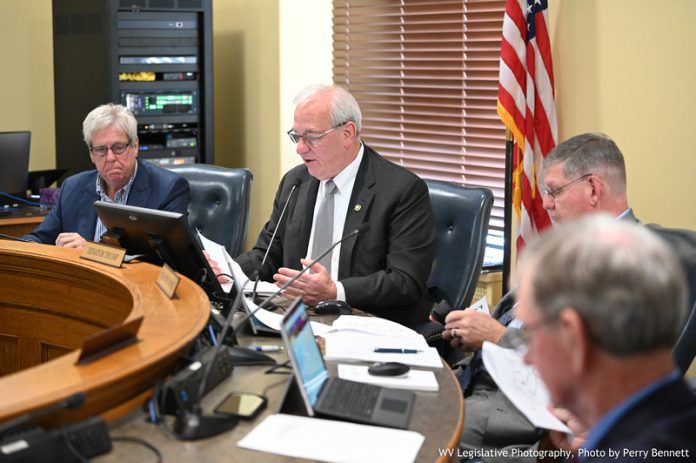 Redistricting occurs every 10 years following the results of the new federal Census. The redistricting process is to conform as closely as possible to the ideal of one person, one vote.

West Virginia is losing one of its three congressional districts. There has been a lot of public discussion and debate throughout the summer as to how to appropriately split the state into just two districts. Members of the public sent various map suggestions to Senators over the course of the last few months as lawmakers held a series of redistricting forums across the state to gather input from citizens.

The Senate’s redistricting chairman, Charles Trump (R-Morgan, 15), thanked members of the public who have participated in this process so far and welcomed more participation. Trump has taken a deliberate, thorough and transparent approach with the committee.

Members of the committee spent the majority of the meeting Thursday debating the best way to accomplish splitting the the state into two congressional districts. The debate was divided, not by party, but rather by region. Senators representing southern counties generally favored a north-south split, with senators representing northern counties wanting to keep the growth areas around Morgantown and the Eastern Panhandle separate.

Southern senators  emphasized keeping Cabell, Putnam and Kanawha counties in the same district because of their longstanding economic and cultural connections. They suggested that if southern West Virginia is put in a district with the growing Eastern Panhandle, the south will never receive fair representation in Congress

On the other side of that debate, northern senators expressed a desire to keep the I-79 corridor intact and also voiced concern that if the Morgantown and Eastern Panhandle growth areas end up in the same district and continue to outpace the rest of the state in growth, the resulting district is likely to be out of proportion over the next decade.

The committee agreed to return at a later date to discuss the maps and make decisions, with Trump suggesting the next meeting would likely be sometime next week. Senators still need to explore additional maps of their Senate districts, as well as consider various suggestions from the public.

A special session is anticipated to align with regularly-scheduled legislative interim meetings that begin Oct. 10. During that session, final decisions are expected to be made with regard to congressional, as well as House and Senate districts.

Trump indicated he wants to provide time for more maps to be submitted and for the public to consider those maps. 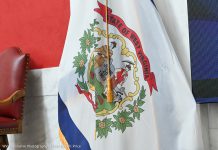 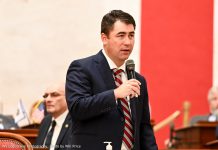 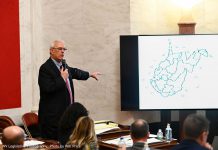