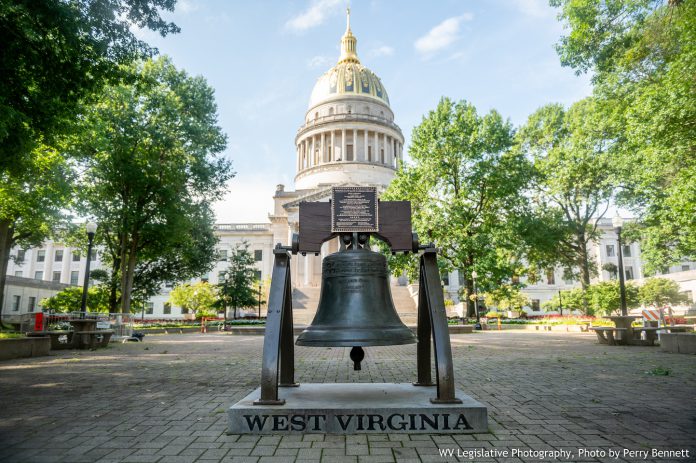 On Sunday afternoon in Morgantown, state lawmakers got a preview of what nuclear power production in West Virginia might look like soon.

The Legislature paved the way for these possibilities during the 2022 Regular Session when they passed a bill that lifted the statewide ban on construction of nuclear power plants.

Valore emphasized that the eVinci has a smaller footprint and costs far less than a conventional nuclear plant. Micro-reactors, he said, generate less than 10 megawatts of power. The eVinci will put out just over 5 MW, plus 8 MW thermal energy at 350 degrees.

Valore also highlighted increased safety in several ways over traditional nuclear power. It’s not cooled by water but contains heat transfer tubes, so the U.S. Department of Energy says a meltdown is impossible. The fuel is not rods but TRISO “pebbles” about the size of pool table balls, containing uranium pellets surrounded by layers of protective material.

The eVinci is powered by those “pebbles” is hauled to site fully fueled, and will last about eight years. It’s then hauled off site, replaced by another micro-reactor, to Westinghouse which takes care of the spent fuel storage.

The eVinci contains no moving parts and takes only five people to operate, far less than other nuclear power options. Given the multiple units, it can also be scaled to suit specific power needs.

Valore mentioned that the intention with the eVinci is not to replace traditional power plants. Instead, he said it is ideal for power generation in very rural areas where grid power is very expensive. The hope is that power costs in those would drop significantly with the eVinci. He mentioned it will be great for heat production, noting that in terms of  zero-carbon, high-temperature heat, there are no options today other than nuclear.

For West Virginia, he said, Westinghouse envisions WVU serving as a research hub for the best ways to deploy this type of advanced reactor. Valore said WVU could have a unit on site by the end of 2028. That would give time to build the support infrastructure and supply chain.

Valore expects a first unit to cost in the $90 million to $120 million range, but as production increases the cost could come down to the $60 million range. Funding for a university unit would be arranged differently than funding for a power plant site in a remote area.