Mike Honaker Sworn in as Delegate for District 42 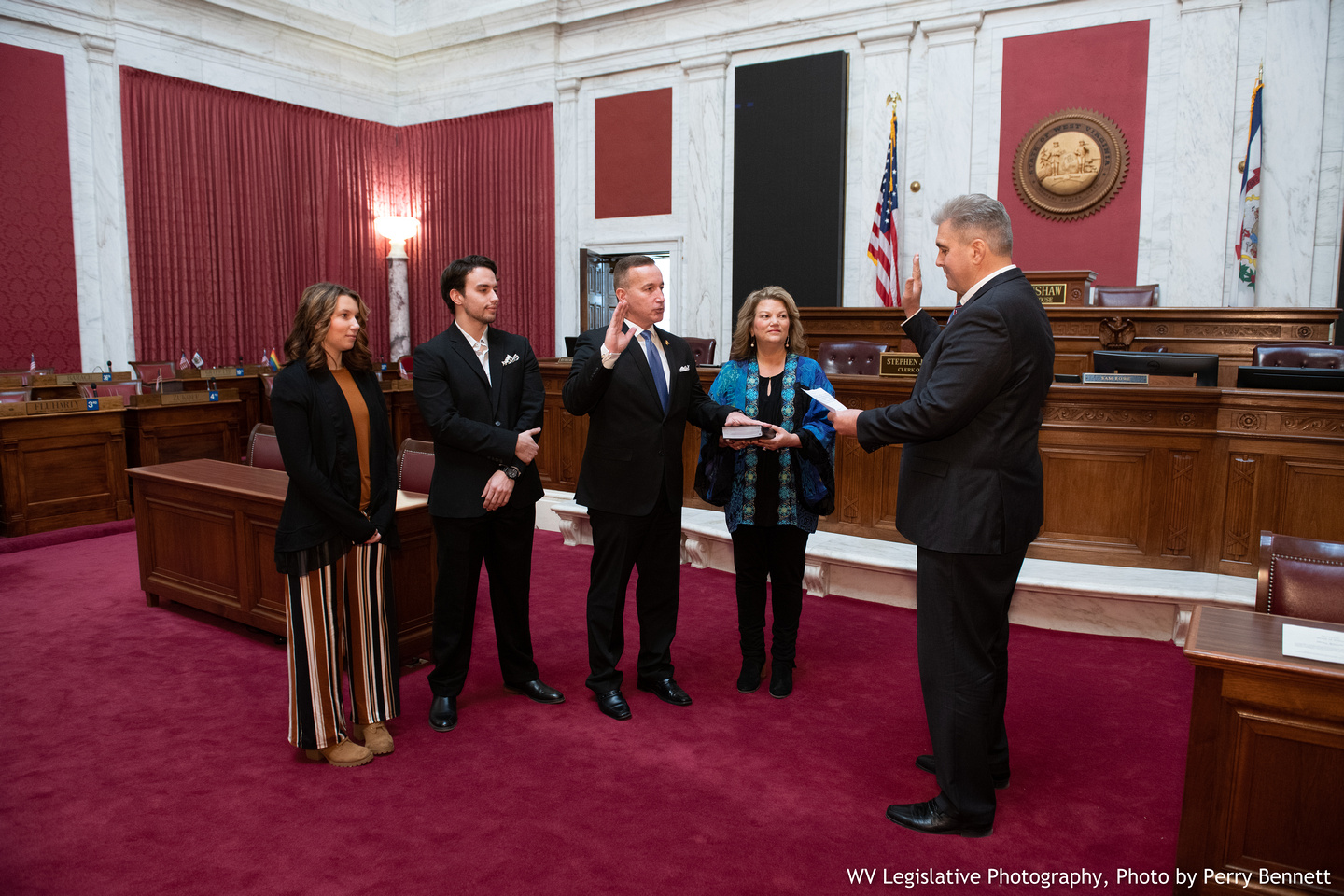 Mike Honaker was sworn in today by House Clerk Stephen Harrison. Honaker was appointed by Governor Justice to the vacated seat of Barry Bruce.

Honaker accepted this position because it is an “opportunity to continue to serve.” His adult life has been committed to serving the public. He served as a Marine, then as a Virginia state police officer. He is now the Director of Homeland Security and Emergency Management in Greenbrier County.

Delegate Honaker was accompanied by his wife Melissa and children, Matthias and Maddison. Others were in attendance, including House Speaker Roger Hanshaw, Delegate Riley Keaton, and Dan Greear.