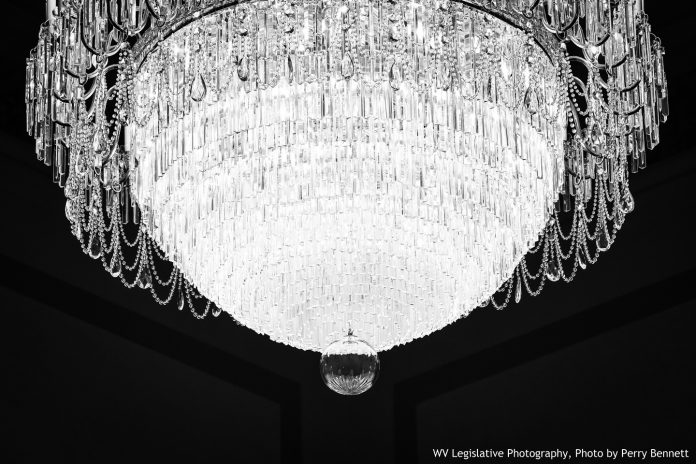 On Friday March 14, 2014, the Legislature convened and adjourned for the 1st Extraordinary Session of the 81st Legislature. Collectively, 14 bills were introduced, five House bills and nine Senate bills. Of those, nine bills completed legislation.

House Bill 101 will reduce the amount transferred from the State Excess Lottery Fund to the West Virginia Infrastructure Fund from $40,000,000 per year to $20,000,000 per year. The State Excess Lottery Fund will be transferred revenues that come from racetrack video lottery, lottery racetrack table games and lottery historic hotel gaming facility activities.

House Bill 104 will increase the cap for annual collections into the land division special revenue account of the Department of Agriculture from $1,500,000 to $2,000,000. If the collections exceed the cap, 50 percent will be deposited into the General Revenue and another 50 percent will be deposited into a special revenue account.

House Bill 106 will clarify the priority and timing of debt service payment and make technical corrections to the statutes authorizing the issuance of lottery revenue bonds for the Chesapeake and Greenbrier watershed compliance project and the Cacapon and Beech Fork State Parks from the State Lottery and State Excess Lottery Funds.

House Bill 107 will allow additional drill cuttings and drilling waste from well sites to be kept at certain commercial solid waste facilities above the existing tonnage limit. There would be a horizontal drilling waste assessment fee at $1 per ton. Radiation and leachate monitoring will be required, and the Department of Environmental Protection will conduct an investigation on certain issues and report it to the Legislature. The West Virginia Division of Highways will administer the Gas Field Highway Repair and Horizontal Drilling Waste Study Fund. This fund will be expended to improve, maintain and repair public roads of three lanes or less located in the watershed from which the revenue was received and the Commissioner of Highways says the damage was caused by traffic associated with horizontal well drilling sites.

House Bill 108 creates the Sexual Assault Forensic Examination Commission which establishes a regulatory system for sexual assault forensic examinations across the state of West Virginia. The Commission will be chaired by the director of the Division of Justice and Community Service. Outlined in the bill, members will include: the Commissioner of the Bureau of Public Health, the President of the West Virginia Hospital Association, an emergency room physician, a sexual assault nurse examiner, a director of a child advocacy center and many more. The bill requires the commission to create mandatory statewide protocols for sexual assault forensic examinations. This will ensure evidence that is collected from a sexual assault exam is collected correctly and properly so it can be used in a court of law.

Senate Bill 1009 will recalculate local share in the state aide formula for public schools. This bill repeals previous provisions that assessed real property values based on an assessment ratio study instead of actual real property values. Additionally, the State Board of Education will use 96 percent of the total assessed public utility valuation in the calculation of local share.