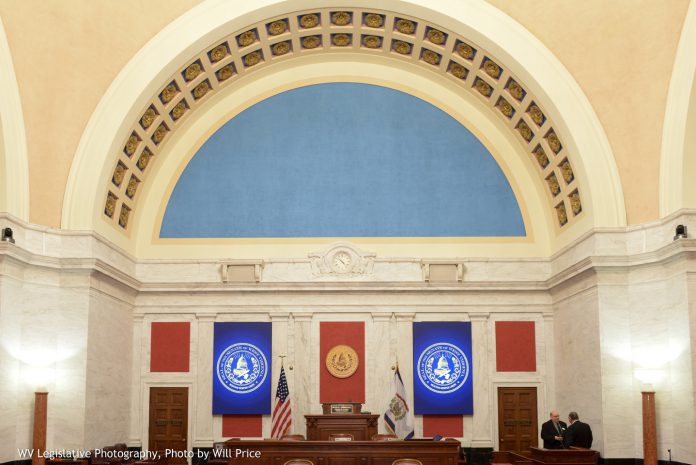 As of 4:00 p.m. Friday, February 22, 2019, the 45th day of the first regular session of the 84th Legislature, 670 bills have been introduced to the senate. Of those bills, 141 have passed and have been sent on to the House for further consideration.

SB 29: This bill intends to create a tax credit for businesses locates on post coal mining sites. The businesses would be eligible for the tax credits for the first five years after locating to the site. This bill also gives the state tax department rule making ability to create forms and regulations in regard to this tax credit.

SB 117: This bill creates a number of incentives for consolidation at the municipal, county, and metro-government level. Terms are redefined throughout code to allow for certain benefits to be made available to consolidated local government. In particular, consolidated municipalities may take advantage of additional powers currently reserved for Class I or II municipalities or counties. These are spelled out in code and include the authority to create development and redevelopment districts, exercise eminent domain, receive grants from the federal government, make decisions about public sidewalks, construct capital improvements, enter into intergovernmental agreements, and others.

SB 259: The bill would better control coyotes, which are interbreeding with wolves and becoming larger and veracious. The bill seeks to better protect state livestock in the state.

SB 266: The proposed legislation would create the West Virginia Intermediate Court of Appeals. It would just be one court of appeals instead of the proposed two in past years. The panel would consist of three judges, and the court would have appellate jurisdiction over the following decisions:

SB 295: The bill would include court security officers, the state fire marshal assistant, and deputy fire marshals in the definition of persons against whom obstructing an officer is a crime.

SB 310: The bill would prohibit a health insurance contractor that covers dental services or a participating provider that has an agreement with a dentist from setting fees unless the services are covered services.

SB 333: The purpose of this bill would be to exempt from taxation any private passenger automobile that is greater than 25 years or older.

SB 340: The bill repeals article 20F of the insurance code, which created the Physicians’ Mutual Insurance Company Act. The purpose of the aricle, originally enacted in 2001 and subsequently amended, was to create a mechanism for the formation of a physicians’ mutual insurance company that would provide a means for physicians to obtain medical liability insurance that is affordable, while also compensating persons who suffer injuries as a result of medical professional liability. The Board of Risk and Insurance Management (BRIM) was tasked with implementing the initial formation and organization of the company. The article creates a special revenue account, specifies that the company is to have a board of directors of certain members, and provides for the transfer of policies from BRIM to the company.

SB 344: This bill amends statutes relating to the operation and management of state-owned farms by the Department of Agriculture.

The proposed regulations with this legislation would include:

SB 402: The intention of this bill would be to designate the Division of Forestry as the primary investigative agency as to theft and destruction of timber throughout the state — not just state forests. It would also rewrite the penalty provisions for timber theft, intentional destruction, etc.

SB 489: The bill would provide for licensure of pharmacy benefit managers with the Insurance Commissioner, sets forth minimum reimbursement rates, and requires PBMs report data to PEIA.

SB 502: The bill would exempt sales of investment metal bullion and investment coins from state sales tax. Currently, the West Virginia Department of Tax collects a 6% sales tax on all sales of gold and precious metals, similar to the tax treatment provided other tangible personal property.

SB 510 : The purpose of this bill is to amend the prerequisites for filing a medical professional liability claim. Prior to filing a medical professional liability claim in West Virginia, a 30-day notice is required signed by a health care provider qualified as an expert under the West Virginia Rules of Evidence. This is known as a certificate of merit. This bill makes a number of changes to that process, including:

SB 512: The bill would add regulation to pawnbrokers. Effective Jan. 1, 2021, the bill would require a pawnbroker to equip each of its locations with electronic monitoring and recording equipment. Video must be kept for 30 days. It also lists people from whom the pawnbroker may not purchase, accept in pawn, receive in trade or exchange for goods, such as minors or persons under the influence of alcohol or drugs.

SB 519: The bill would add training requirements of people working as a dispatcher in a county emergency dispatch center. It also adds the requirement that they have training in emergency cardiovascular care for telephonic cardiopulmonary resuscitation.

SB 550: The bill would direct payment of certain claims made by those who have provided commodities and services to state agencies who have not been paid because, if the claims were paid, the agencies would have unlawfully spent more than their authorized appropriations or for services not lawfully contracted.

SB 553: The bill would ensure the state provides the full matching funds required for its two land grant institutions to claim their full federal funding.

SB 587: The bill would set the amount the West Virginia Public Employees Insurance Agency will reimburse air-ambulance providers for the transportation of individuals covered by its plans.

SB 601: The proposed legislation would authorize the Division of Corrections to release inmates 180 days prior to his or her discharge date if they have not been released on parole. The inmate may be placed on electronic monitoring during the period of supervision.

SB 613: The bill would require the Commissioner of the Division of Natural Resources (DNR) to include an option for organ donation on hunting and fishing licenses, and would also require publication of the ability to have the option to add organ donation on these licenses. The bill passed the Senate unanimously, and will be reported to the House of Delegates.

SB 636: The bill would to authorize legislative rules of the Higher Education Policy Commission and the Council for Community and Technical College Education.

HB 2481: The bill would permit the retail selling of liquor on Sundays from 1 p.m. to midnight.

HB 2607: The bill would update references to the secretary and bureau within the agency responsible for regulating nursing homes.

HB 2666: The bill would appropriate $6,200,000 in general revenue for the fiscal year ending June 30, 2019 to the Department of Veteran’s Assistance. $6 million of these funds will go to the state’s Veteran’s Nursing Facility.

HB 2668: The bill would appropriate $15.3 million dollars from the general revenue to Department of Administration – Public Defender Services.