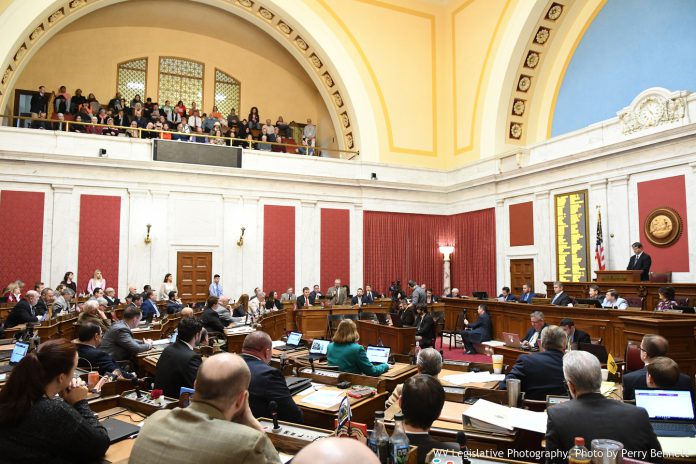 The House of Delegates has heavily debated House Bill 2519 this session, a bill that creates the “Campus Self Defense Act.”

Essentially the bill would allow people with concealed carry permits attending higher education universities to have concealed deadly weapons on campus. There are provisions in the bill where weapons are allowed or restricted as well as provisions limiting the authority that school boards have over regulations on the bill in regard to their campus.

The House has been unpredictable with the legislation throughout its process. It took a circuitous route, through two committees and being on and off and then back on the Special Calendar on the day of passage.

Many democrats were opposed to the bill while many republicans supported it but there were outliers on both sides of the aisles who disagreed with their respective party’s opinions and votes. Debate on the bill was filled with raw emotion as well as logical reasoning and discussion. Both sides presented compelling arguments for and against the bill, which eventually passed the House. 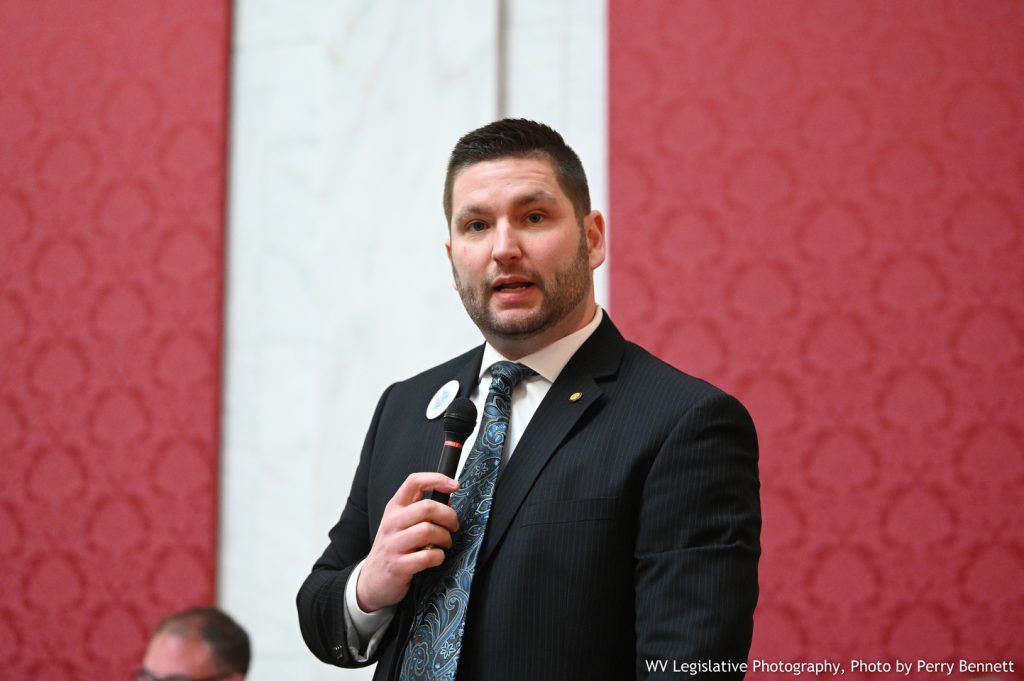 “I think it’s important that the students of West Virginia are able to protect themselves and any office in West Virginia, whether it be state or local, including this Capitol, have metal detectors and guards that ensure our safety. We don’t have that kind of insurance for our students and in this bill any institution can limit or restrict firearms in any building as long as there is a metal detector and a guard there. If there is not that assurance of safety for our students then they have the right to protect themselves and I know that’s what it was about for me,” said Delegate Jason Barrett (D-Berkeley).

“It was an extremely controversial bill. I think there is some overreaction and people really should take a look to the legislation to see what it actually does, but again it was all about student’s safety for me and folks being able to protect themselves. Most of our universities do not have full time campus police, there are a lot of night classes and a lot of female students walking outside from building to building and class. There’s little or no campus police around to protect them so I think that students should be able to protect themselves.”

Nearly every college or university of higher education in the state made it clear to the Legislature that they are strongly opposed to the bill. 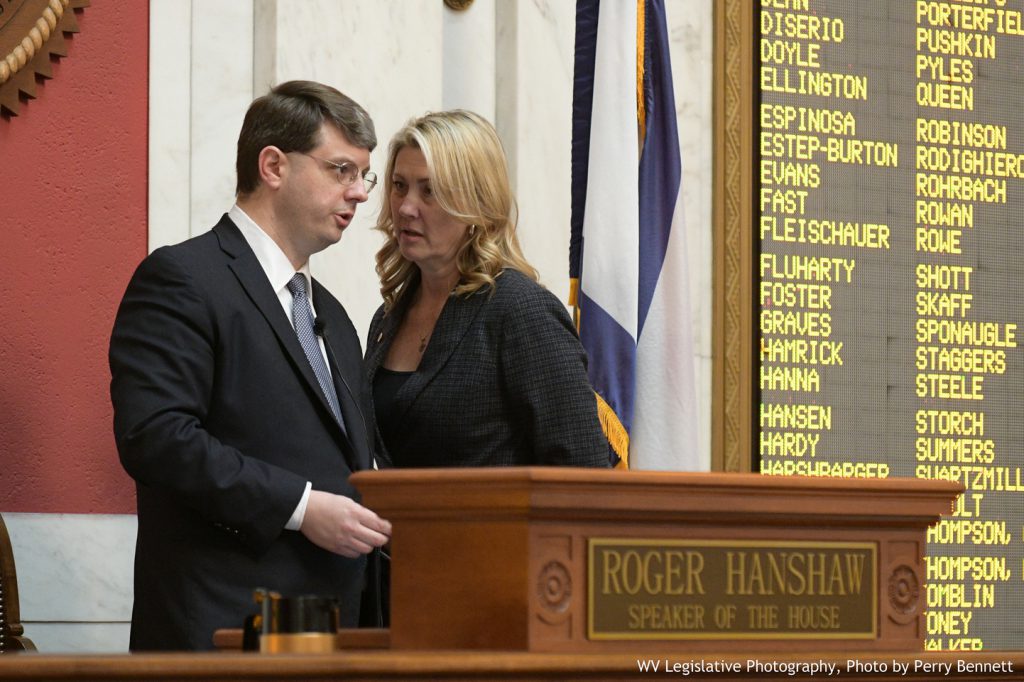 “My vote was based on hearing from a variety of people in the community and from around the state. For every person I heard from in support, I heard from at least 20 that were opposed. I think I may have heard from about a dozen in support, and two out of three of West Liberty University’s facilities are in my district. They had concerns and they accounted to over $3.4 million of the fiscal note. The total fiscal note for all the universities, community colleges, and technical colleges in the state was only $11 million so West Liberty obviously had some very strong opinions on it. That’s really why I was concerned about forcing these universities of higher education to have to absorb that additional amount of proposed cost without giving them any additional state monies to handle that burden,” said Delegate Erikka Storch (R-Ohio).

“I’ve had various conversations with individuals from the universities, but not to where I could give them any level of comfort with dealing with it. To be honest I’m all about local control and I think we should let the universities decide what works best for their community. You know maybe you’re in the state and you’re a student who wants to be around guns, or a student who doesn’t want to be around guns, but you should still have the options to choose within your own state. I’ve had some parents say that their student will not go to school in West Virginia if there’s going to be guns on campus. Well why should you be forced to pay out of state tuition just because your parents have a fundamental principle to keep you away from guns for whatever reason? I think it should just be locally controlled.”

Many of those in favor of the bill discussed what this legislation meant regarding upholding the constitution and constitutional rights of students in West Virginia, suggesting that students will be more safe at their school with an option of additional protection if they so choose to utilize it. 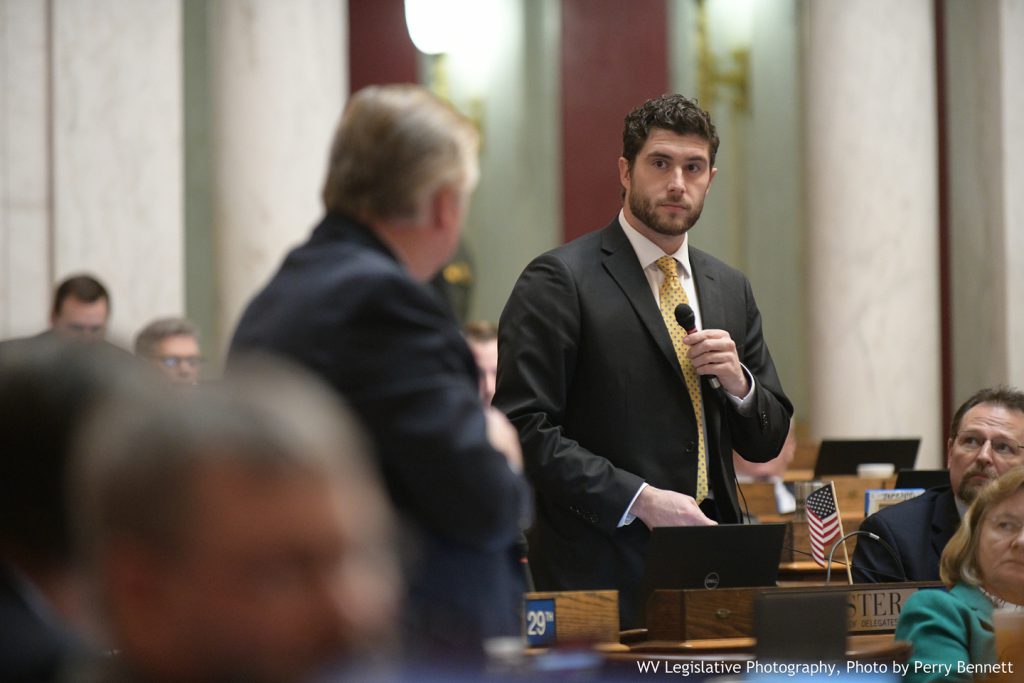 “What this bill does is simply establish students second amendment rights. All we’re doing is just making sure that students are safe and have the right to defend themselves,” said Delegate Geoff Foster (R-Putnam).

“For the first time, West Virginia students have the ability to protect themselves, regardless of whether they are on or off their college campus. A student’s second amendment rights should not be infringed upon for choosing to advance their education,” said Majority Whip Kayla Kessinger (R-Fayette).

“The House of Delegates is committed to ensuring that West Virginian’s second amendment rights will never be trampled.”

There were multiple amendments made by the Chairman of the Judiciary Committee, John Shott (R-Mercer) to try and model the law after a Texas version. Only one was adopted, however, to have the schools update the Legislature yearly, but there was support in favor of his may amendments from those who opposed the bill as it is currently written. 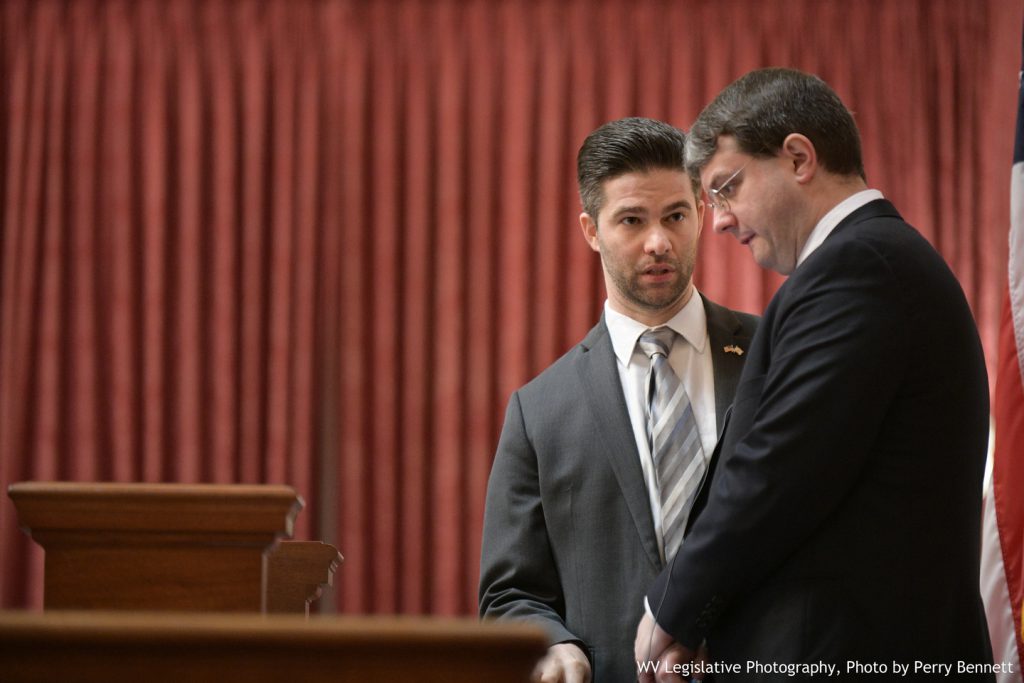 “Obviously when the legislative session started I was very pleased to hear the Speaker say that this session is going to be about creating a West Virginia that you want to raise your family in, attract new people, economic development, and when this campus carry bill came up, I just, it made me second look at myself in the mirror. It made me say “is this really happening?” I didn’t think it would help West Virginia and I had so many students and faculty with all of these universities coming to me and saying “we do not want this!” “who wants this bill?” then I would have people say “I am not sending my kid to a college in West Virginia if this bill passes” now it hasn’t passed yet but I think a lot of us know what’s going to happen,” said Delegate Andrew Byrd (D-Kanawha).

“You know, I voted against this because I just didn’t think it was good policy for the state. I mean I understand, I’m a second amendment rights guy, I carry my own guns and conceal carry but there’s sensitive places where guns are not needed. I just thought that colleges and universities were one of them.”

“I was very pleased with Chairman Shott for offering amendments to try and mimic Texas, a state that has gone through this process, found problems, and amended their campus carry. They are a very gun loving state and he produced a number of amendments I voted for, every single one of them, to make it conform to a state that has already gone through this process. It’s just a shame because I think that our universities are our economic drivers right now and I think it’s going to detour economic growth. Hopefully not, but it might detour enrollment at these schools. I pray that it doesn’t and I pray that everyone stays safe when or if this passes.”

The Senate has given little opinion on the bill and remains neutral at this point. There are eight days until the 2019 session is over, so there is time for the bill to be discussed in committee or on the Senate floor. Judiciary Chairman, Charles S. Trump IV (R-Morgan) spoke briefly about his opinion on the bill.

“I will say this, I haven’t been focused on House bills and I actually haven’t had time to see it. There was no similar bill introduced in the Senate so if the bill which is now passed from the House is referred to the Judiciary Committee we will definitely look at it,” said Chairman Trump. Campus Carry is one of the many bills to make headlines during this legislative session. Make sure to follow this bill on the Senate side as it continues through the legislative process.