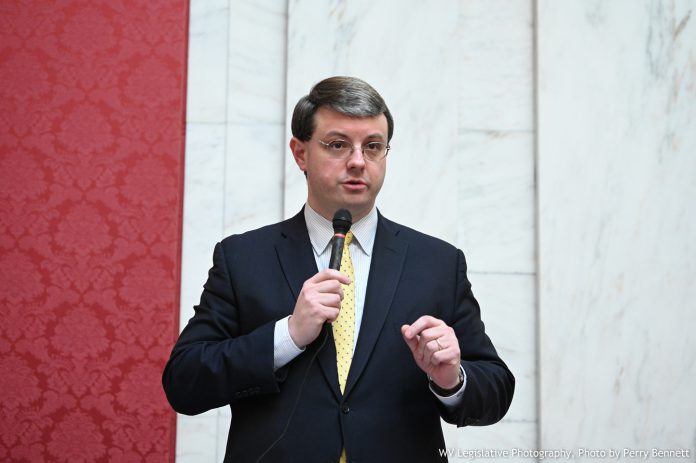 Last week, the House passed a bill that supporters hope will help spur economic diversification in the Mountain State.

“This is a vehicle that is intended to make it easier to invest money in West Virginia,” Hanshaw explained. “The lowest hanging fruit would be the development of infrastructure in the petrochemical base, targeted as a state to recruit and grow that here in West Virginia. However, it could be anything.”

The Mountaineer Impact Office would look globally for potential investment. The office would present potential projects to the Investment Committee, which would approve or reject the proposals.

“Other states are able to offer huge tax incentives but West Virginia doesn’t have the capital to do that,” Hanshaw said. “We are a state of 1.8 million people. This is a way to bring capital to West Virginia.”

The minimum aggregate investment in a project by the investment committee or the committee and investors, would have to be $25 million or more. Delegate Mick Bates, D-Raleigh, is a co-sponsor of the bill. Bates said the bill is a way for West Virginia to attract large businesses.

“This fund is for big projects, not shopping malls,” Bates said. “These would be for investments in natural gas, the petrochemical industry but also areas outside of that. I think there are large opportunities for tourism. However, we are not going to be picking projects. The private sector is picking the projects. We would be certifying them.”

The bill provides safeguards including that the committee is precluded from engaging in business with entities deemed to be an enemy of the state, those involved in human trafficking, narcotics trafficking, or sponsors of terrorism. The bill also prohibits individuals in government from profiting from investments in the fund.

In last Friday’s floor session, many delegates expressed concerns about compliance with federal law under the Committee on Foreign Investment in the United States, or CFIUS. Hanshaw emphasized House Bill 4001 does not change federal law. Investors would still have to comply with federal regulations.

“CFIUS still has jurisdiction over this,” Hanshaw said. “This is a vehicle to comply with those requirements. This sets up a mechanism for investors beyond our borders to comply with CFIUS rules, not to exempt it.”

Hanshaw said the purpose of the bill is to reduce the risk of these investments.

“This is a mechanism for entities that wish to invest in the U.S. to comply with the rules under CFIUS,” Hanshaw said. “The committee’s purpose is to review transactions in the U.S. engaged by any entity beyond the borders of the U.S. Any foreign company, fund, or investment, could be unwound up to two years later. The new fund would not be excluded from CFIUS.”

Bates explained that the fund provides a level of safety for the investments.

“CFIUS was meant to be as a shield but has been used as a club,” Bates added. “The structure with the fund with private money being parked in a state-sponsored fund provides a level of safety that doesn’t exist anywhere else at this point. There is nothing the state could do to prevent the federal government from coming in but it is an after market warranty, or a hedge against a large deal.”

The bill is currently pending before Senate Finance.

“This bill has been significantly re-worked and improved over the course of several weeks,” Bates said. “There was a lot of input from a lot of different people. I don’t see the downside in this. We will see what the Senate does with it but I am hopeful they will take this up.”