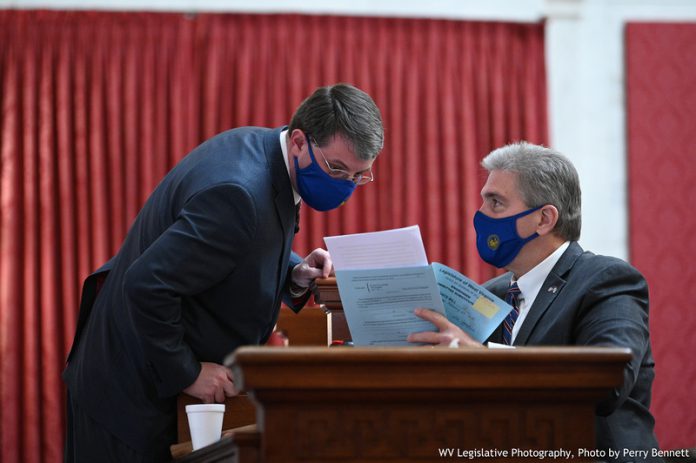 House Bill 2003 clarifies the authority and obligations of the Governor and Legislature relating to declared state of emergencies and preparedness.

House Bill 2006 transfers the West Virginia Contractor Licensing Act from administration and regulation by the Division of Labor to regulation under the provisions of professions and occupations in chapter 30 of WV Code. The Division of Labor would continue to perform inspections. The bill continues the prerequisites to obtaining building permits and mandatory written contracts for certain work. The board is authorized to grant reciprocity and provide training. The bill also restricts municipalities, local governments, and counties from requiring a license at their jurisdictional level to perform contracting work.

House Bill 2007 provides occupational licenses and other authorizations to practice to qualified applicants from other states.

House Bill 2011 eliminates any hour requirement for part time personnel in professional services with or without administrative duties during a working year.

House Bill 2094 allows for the juvenile restorative justice program to include other offenses. It also states that the offender can only complete the program once.

House Bill 2184 creates a new crime and sets penalties for exposing government representatives to fentanyl or other harmful drugs or chemical agents.

House Bill 2260 removes the requirement that Health and Human Resource contracts with child-placing agencies be submitted to the Purchasing Division. Instead, the agency would develop requirements for performance-based contracts, which would be used for child placement.

House Bill 2325 removes the requirement for barbers and cosmetologists to complete continuing education to renew their licenses. The bill also prevents the Board of Barbers and Cosmetologists from regulating the use of beauty products that are commonly available as retail, consumer products.

House Bill 2366 requires agencies proposing rules that would adjust fees or other special revenues to provide a fiscal note to the committee.

House Bill 2372 allows pre-candidacy papers to be filed the day after the general election.