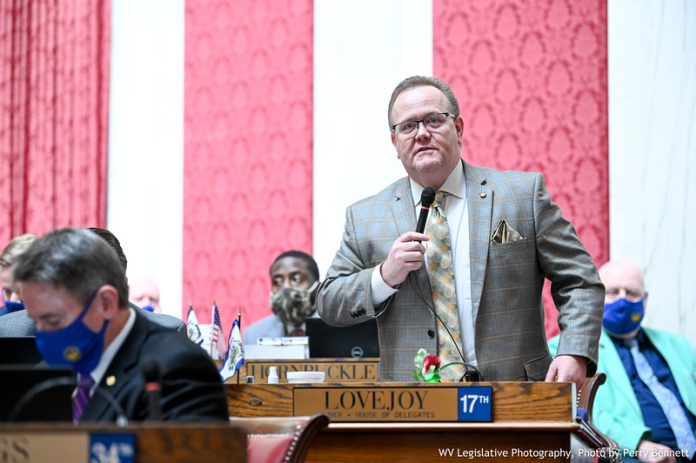 The West Virginia Legislature has moved several bills relating to first responders, veterans, and other service personnel. Mental health has been a focus with a couple of the bills.

House Bill 3107 declares that PTSD diagnosed by a licensed psychiatrist is a compensable occupational disease for first responders and makes PTSD workers’ compensation coverage an option for first responders. Currently, it is only covered when bodily injury is also present. The Bill was introduced by Delegate Chad Lovejoy (D-Cabell).

“We say we ‘back the blue’ and we get in photos with them when we can, but then we let them die,” Lovejoy said.

Lovejoy introduced the bill because of a Huntington firefighter, who died by suicide after responding to several fatal overdoes, one of which had a personal connection. 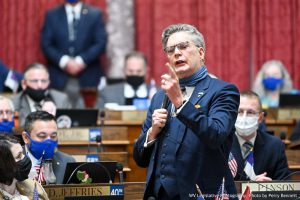 “This destroys relationships. It destroys families. It destroys lives,” Kelly said. “I can go for months and it seems like everything is OK. Something can trigger it. It can be a smell, a picture; it can be a television show. It can be lights and sirens. Sometimes it doesn’t take anything.” 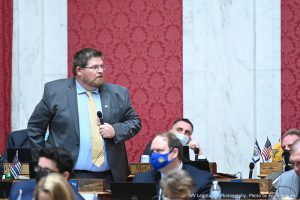 our first responders, our veterans, and our service workers in West Virginia,” Delegate Reynolds said. “HB 2981 will require the Department of Veterans’ Affairs to develop and provide suicide prevention assistance to our veterans, a group of heroes that desperately deserves better government services, and we certainly owe them that much and more.”

Both, the House and the Senate have passed bills to the other chamber providing benefits for veterans and military personnel.

Senate Bill 586 provides a 50 percent discount on fees and charges at West Virginia veterans at state parks. Senate Bill 102 allows for disabled veterans and purple heart recipients free parking at paid parking of the state or its political subdivisions.

Some other bills extend benefits to families of active-duty military members. 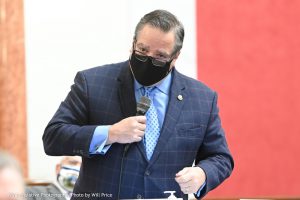 eligibility for developmental disability services to dependents of military members, so that when the family returns from a reassignment they do not have to begin the eligibility process all over.

“This is an important benefit for our military service people who sacrifice so much being sent around the country and the world,” Senator Mike Romano (D-Harrison) said of Senate Bill 16.