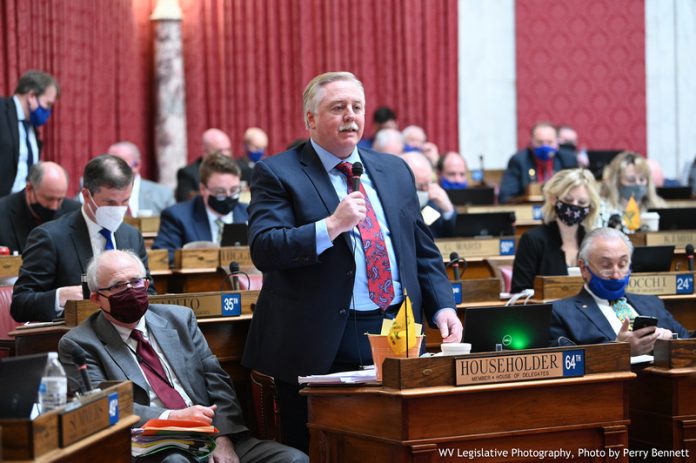 Income tax reform has been a major topic of discussion around the Statehouse all session, with a heightened focus since March 9, when Governor Jim Justice finally introduced his bill to immediately reduce, and ultimately eliminate, the personal income tax.

Income tax accounts for roughly $2.1 billion of the state’s tax base, about 43 percent of the General Revenue Fund that pays for government services.

House Bill 2027, the Governor’s bill, proposes a 60 percent cut in the state’s personal income tax immediately, with the goal to eliminate it entirely within three years, hoping that population growth can offset the reduction.

An outline of the governor’s plan estimates initial personal income tax reductions totaling $1.35 billion, with rebates totaling $52 million for low-income residents, but also tax increases of just over $902.5 million to make up for the bulk of those breaks.

The tax increases represent a clear shift in the tax structure, as the bill increases the sales tax from the current 6 percent to 7.9 percent. The proposal would also raise a variety of other taxes, including on soft drinks, tobacco, beer and wine, and various professional services. The bill includes a “luxury tax” on some items costing more than $5,000, as well as sliding scales for severance taxes on coal, oil and natural gas, paying more when markets are strong.

The Governor’s bill has received little to no support from lawmakers and is currently parked in the House Finance Committee.

That does not mean the Legislature has no appetite to eliminate the income tax. On the contrary, both the House and Senate have come up with alternate plans that each body believes can eliminate the tax more prudently.

The House introduced its bill on March 23, passing it on a 77-23 vote on March 29. House Bill 3300 would cut the state’s income tax over time and uses revenue growth to offset the budget difference. It would reduce the tax gap by $150 million annually for over a decade until it is eliminated.

“This is a new green deal for West Virginia. Not the one you’re thinking of, but a true green deal that puts money in your pockets,” said House Finance Chairman Eric Householder (R – Berkeley, 64).

The bill does not raise taxes to address the gap but does create a special fund to use other income sources, such as lottery proceeds, to fill any shortfalls. When the fund hits $400 million, it would shift $100 million of that to the General Revenue Fund to provide a cushion for an additional permanent $150 million in personal income tax reductions. In theory with this bill, the income tax reductions could amount to as much as $300 million a year.

On March 30, the Senate amended the House bill, inserting its version. The Senate version of the bill would eliminate the income tax in roughly four years, with an initial cut of $1.09 billion in year one. It creates several new taxes and raises current taxes to cover the more than $1 billion hole in the budget.

Those increases are highlighted by raising the sales tax from 6 percent currently to 8.5 percent next year.

A new 3 percent tax will be created on certain professional services including legal, engineering, architecture and accounting. The tax on hotels will now have an added fee of 4.3 percent and the tax on cigarettes and other tobacco products will go up by nearly $1 per pack.

The food tax on groceries would be reinstated at a 2.5 percent rate, while prepared foods and restaurants would be taxed at an 8.5 percent sales tax rate. 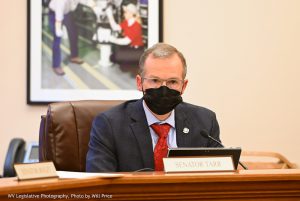 House Bill 3300, complete with the Senate amendments, will be on first reading in the Senate on Friday, April 2. The Senate changes are not expected to receive significant support in the House.

Clearly, there is a desire from both the Governor and legislative leaders to lower and, if possible, eliminate the personal income tax but theories vary widely as to the best way to go about it.

With just nine days remaining in the Regular Session, and with all parties getting a late start on the legislation, House Speaker Roger Hanshaw (R – Clay, 33) believes that while the discourse has been productive, any substantive personal income tax reform is likely to occur in a Special Session this summer. 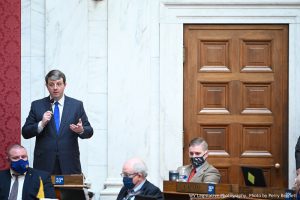 “At this point, the important thing is that we just keep bills alive to keep the discussion going about where we head with the personal income tax,” Hanshaw said. I think there’s probably a lot more work to be done in terms of how we make this leap if we do make it, whether it gets done this regular session or if it gets done later in the year or somewhere down the road.”