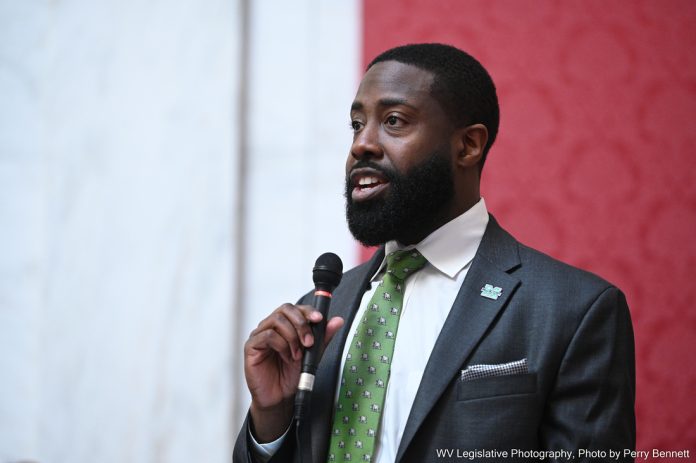 House Bill 2412 memorialized November 14 every year as the “Marshall University 75 Memorial Day” to honor the 73 individuals who died in the 1970 plane crash.

On November 14, 1970, a plane carrying most of the Marshall football time, coaches, boosters, two flight attendants, and two pilots crashed in Wayne County, WV. The plane was returning home from a Marshall football game in North Carolina. It is the “worst single air tragedy in NCAA sports history.” During this time, the community, state, and nation came together.

Delegate Sean Hornbuckle is the lead sponsor of the bill and read the 75 names, then a moment of silence was observed for those individuals.

House Bill 2017 was on its third reading but has been sent to the Judiciary Committee for further review.

House Bill 2533 allows for a permanent windshield placard to be valid for the duration of the applicant’s life.

The Committee on Government Organization will meet at 1 p.m. in Room 215.