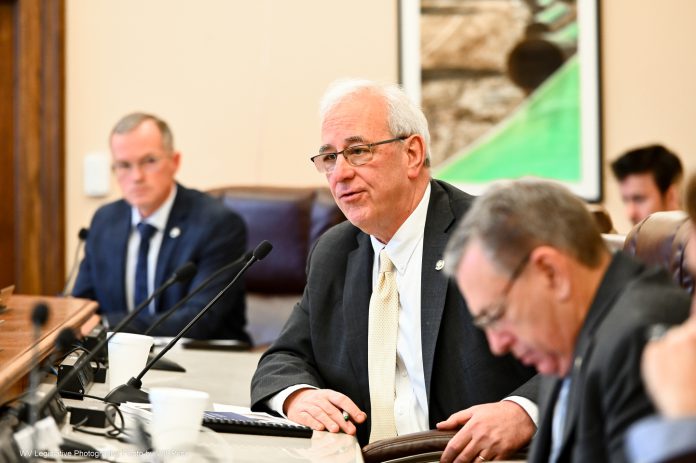 Lawmakers heard from Cammie Chapman, deputy secretary for child and adult services in the DHHR, regarding the low numbers of child protective services workers in West Virginia during Tuesday afternoon’s meeting of the Joint Committee on Government and Finance.

Retention of CPS workers has been a major problem for the Department of Health and Human Resources for years.

Senator Charles Trump (R-Morgan) said he has been receiving calls from judges who are concerned about the low numbers of CPS workers. Trump asked how many CPS employees are working in Eastern Panhandle counties.

Chapman said she didn’t have that number off the top of her head but that she is aware of the problem and has made regular trips to the Eastern Panhandle to attempt to rectify the situation.

Chapman described efforts to shift supervisors from other counties to also focus on Berkeley, Jefferson and Morgan counties. However she acknowledge that when you pull workers out of one area to support another, it weakens the level of services in the area the CPS workers were assigned previously. Chapman said the agency has been careful to not shift resources from areas that are also running short.

Trump said they need to come up with solutions and he’s committed to using his role in leadership to do just that.

“I’m hoping to have some specific recommendations from the department during this session, for things the Legislature can do or might do that are designed to be more long-term,” he said.

Senator Stephen Baldwin (D-Greenbrier) echoed Trump’s sentiments, saying he majority of the counties he’s represented have vacancies of about 50 percent. One county, Summers has no office and no workers, so the other understaffed counties provide service.

Baldwin agreed that the Legislature must act on this issue quickly.