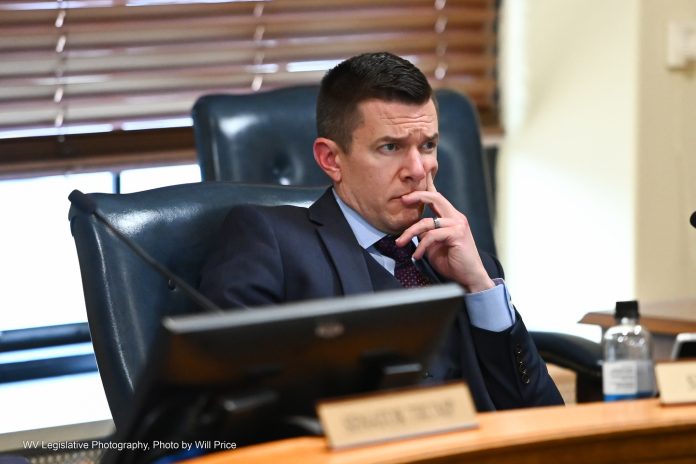 A bill passed out of the Senate Judiciary Committee Monday afternoon would require some people in West Virginia to provide DNA samples when arrested.

Current law requires those convicted of felonies in crimes of burglary, violence, or an offense with a minor victim to submit a DNA sample.

Senate Bill 53 would require the sample at the time of arrest. The bill would also require anyone convicted of a felony or certain misdemeanors — such as involuntary manslaughter or sex offenses — since spring of 1995, to submit a DNA sample.

The Senate passed a similar bill during the 2022 session but it did not complete legislative action in the House of Delegates.

Ashley Spence, founder of the DNA Justice Project and survivor of a rape when she was 19, gave compelling testimony Monday, telling the committee that her attacker was discovered years later thanks to a national DNA database when he was arrested for a subsequent crime.

Lawmakers noted that in addition to catching those who have committed a crime, the DNA analysis could also be used to free those falsely convicted.

Melissa Runyan, supervisor for the database section at the West Virginia State Police forensic lab, described current law, informing the committee that a person convicted of certain offenses must provide a DNA sample, fingerprints and other identifying information. The information is processed, given a unique number and entered into a localized system at the lab with a roughly 30-day turnaround time.

Eventually the information is added to the national DNA database, where it is determined if the sample matches any other cases.

Senate Bill 53 also would allow anyone who is subjected to DNA testing but later acquitted or has charges dismissed to seek a court order removing their DNA from the database. If a person does not seek this process, their DNA records could still be used by police investigating other cases under this legislation.

The committee amended the bill Monday to include an application process by which someone can seek expungement at no cost and to establish a timeline for the information’s removal. Federal laws requiring DNA removal if charges are dismissed or someone is acquitted are also in place, according to Spence.

The bill now advances to be considered in the Senate Finance Committee.