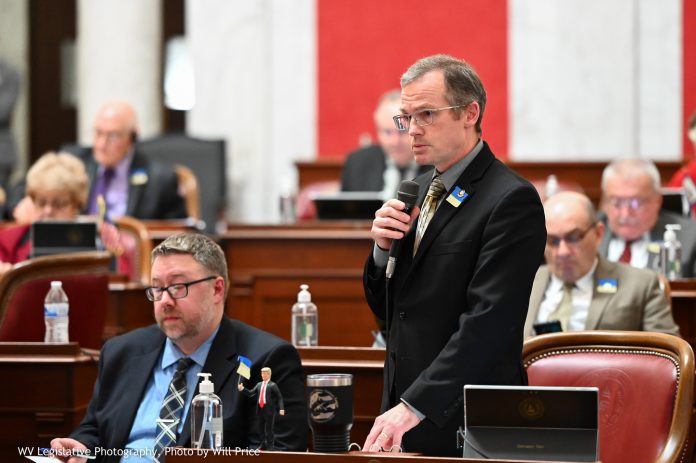 The Senate completed action on a bill Thursday evening that will provide pay raises for state employees whose wages are outlined in state code.

Senate Bill 531 applies to teachers, school counselors, school service personnel and State Troopers. Other state employee raises are reflected in the budget bill that is expected to be finalized before the end of the Regular Session.

The employee pay raise bill got to the finish line with a $10,000 raise for State Troopers, up from the original $2,550 figure. The House amended the raise on March 7 and the Senate concurred this evening.

The larger raise for troopers came out of debate about locality pay for state troopers in competitive areas, particularly Berkeley, Jefferson and Morgan counties. A separate bill giving locality pay was scrapped in favor of this bill.

The bill now heads to the Governor’s desk to await his signature to become law.

Also on Thursday evening, Senate made its way through its calendar, completing action on six additional bills and passing 11 others that will need to be finalized by the House.

The Senate is adjourned until tomorrow, March 11, at 11 a.m.