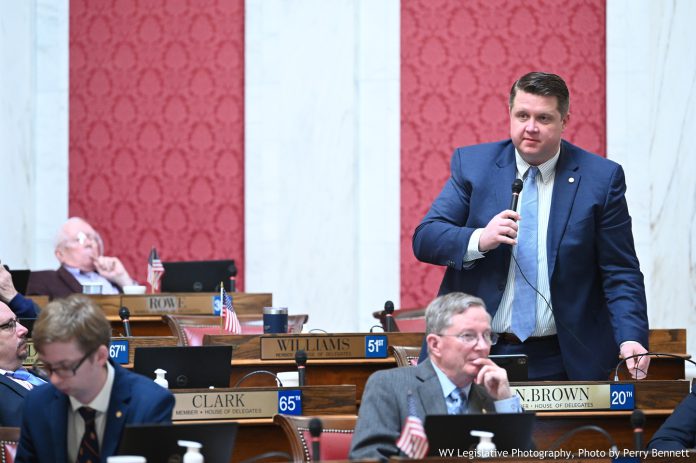 With tomorrow being the final day of the 2022 session, today will be a long and busy day.

The House rejected Senate Bill 230 on the floor. The bill clarified that actions by an agency taken during a declared state of preparedness or emergency or any matter related to protected classes are not grievable. The bill would require a grievance to be filed within time limits or it may be dismissed. The bill would have changed the public employee’s grievance procedure by adding that if an employee’s grievance was dismissed or lost, they would have to pay $1,000. Many took issue with this is 1.5 to 2 percent of the average West Virginian’s income. The bill failed with 39 in favor and 61 opposed.

Senate Bill 1 prompted a lot of debate. The bill creates the Mining Mutual Insurance Company, a private company, to issue bonds to coal companies that cannot get bonds from current private sector companies. The company would be regulated by Insurance Commission. The company will receive a $50 million no-interest loan from the state to be paid back. Opponents were concerned about using taxpayer dollars to fund a private company that may choose to do business outside of the state. They also noted that other bond companies may not be doing business with some coal companies because of the financial risk. Proponents stressed that coal companies are in difficult financial situations and are struggling to get bonds from the private sector.

Senate Bill 10 creates an account for the WVU Rifle Team and an electronic voluntary donation program on electronic applications for hunting and finishing licenses.

Senate Bill 205 increases the number of members on the Public Employees Insurance Agency Finance Board from eight members to 10.

Senate Bill 228 provides tuition and fee waivers for terms of service completed in WV as an AmeriCorps volunteer.

Action on Senate Bill 231 was postponed one day.