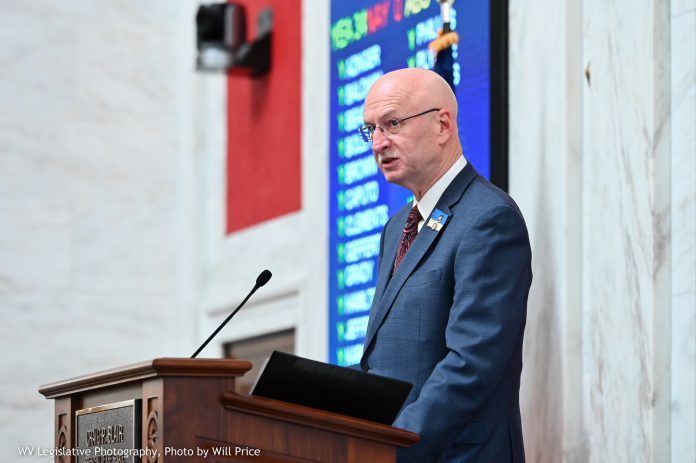 The Senate completed action Friday on a bill that will split the Department of Health and Human Resources into two separate departments.

The Senate Finance committee had made significant changes to House Bill 4020, but on Friday evening the body withdrew the committee amendment and completed the legislation on a 32-2 vote.

The two secretaries of the new agencies would be in place by January 2023 with the new agencies being effective in July 2023. The change’s financial cost to the state in the next fiscal budget would be $308,000 for the new cabinet secretary and administrative assistant.

The Department of Health would include the bureaus of Public Health, Health Facilities, Inspector General, the Office of Health Facility Licensure and Certification, and the state Health Care Authority.

The legislation will allow the new departments to decide how to oversee the state Women’s Commission and the Human Rights Commission.

Also, on Friday evening, the Senate Health Committee advanced House Bill 4004, legislation that would limit an abortion to fifteen weeks’ gestation. The full Senate took up the report and read the bill a first time after waving the bill’s second committee reference to Judiciary.

Given that the bill will be on second reading on the final day of the Regular Session tomorrow, the body would need a four-fifths vote to suspend the constitutional rules requiring a bill be read on three separate days. If they achieve they achieve the rules suspension, they could advance and pass the bill.

The Senate is adjourned until tomorrow, March 12, at 10 a.m.