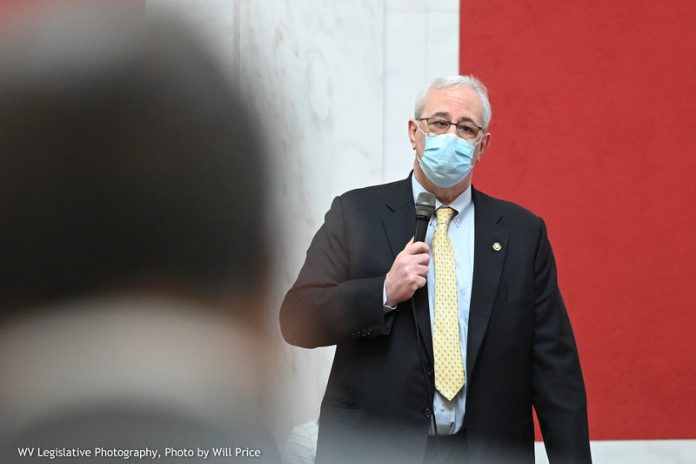 The Legislature is once again considering a bill that would establish an intermediate court of appeals in West Virginia.

The issue has been debated for many years after it was recommended by a 2009 judicial review panel. The legislation has been passed several times in the Senate, only to receive mixed reviews and insufficient support in the House of Delegates.

“It’s long overdue,” Senate Judiciary Chairman Charles Trump (R-Morgan, 15) said. “It has been recommended to this Legislature for years by legal scholars.”

As in previous years, this year’s version, Senate Bill 275, would establish an intermediate court to review civil cases between the circuit court and Supreme Court levels. It would also adjudicate worker compensation cases and final orders from family court.

The bill passed the Senate on Feb. 24. This version of the bill would have appointed judges to staggered terms to fill out the court at first, with regular elections to 12-year terms to follow. The court would have a northern and southern district, each with three judges for a total of six. Proceedings would take place in already-available public buildings.

The Senate’s version of the bill is projected to cost between $8 and $9 million in the first year, with a $5.7 million yearly cost once fully operational.

“This bill would modernize West Virginia’s court system,” Trump said. “It would bring West Virginia in line with the 41 other states that have some version of an intermediate court.” 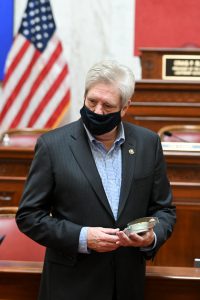 Opponents of the bill deem it unnecessary. Senator Mike Woelfel (D – Cabell, 05) said there is no indication the Supreme Court is overburdened. He noted that it has been the State Supreme Court policy for several years to review all properly filed appeals and issue a written decision. He believes the new court will result in delays for those seeking justice.

“Why are we wasting this money? Why are we increasing the size of government when it’s not necessary?” Woelfel asked.

On March 4, the House Judiciary Committee made significant changes to the bill, lowering the overall number of judges, as well as the price tag to operate the court.

“I felt we had the ability to make a difference,” House Judiciary Chairman Moore Capito (R-Kanawha, 35) said. “I understand the concerns. I’m confident we crafted a concept that I 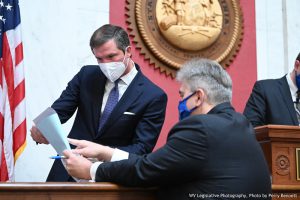 really do think will be beneficial to the judicial system going forward.”

The committee reduced the court to one three-judge panel serving the entire state, with the ability to travel around West Virginia to hear cases in already-available buildings.

The three judges on the intermediate court would receive appointments to staggered terms to fill out the court to begin, with regular elections for 10-year terms after that. The judges would each make $142,00 in the House version of the bill.

The House committee also gave the West Virginia Supreme Court authority to take cases from the new court at its discretion, as well as the authority to determine whether to allow the intermediate court to hear criminal appeals in the future, should it choose to do so. All family court appeals in this version of the bill would go directly to the intermediate appeals court instead of going to the circuit court.

In the House version, the court would cost $3.6 million in year one and $2.1 million annually once fully operational.

Opponents of the bill in the House echoed the sentiments of those in the Senate.

“The truth of the matter is, it expands government where it is not needed,” House Judiciary Minority Chairman Chad Lovejoy (Cabell, 17) said. “There’s no place for it, and it is not necessary. We have pressing issues in West Virginia and we’ve started to tackle some of them; broadband, hunger, and the education system. Our house is on fire, and we’re building a new deck. I don’t think that’s the way to go.” 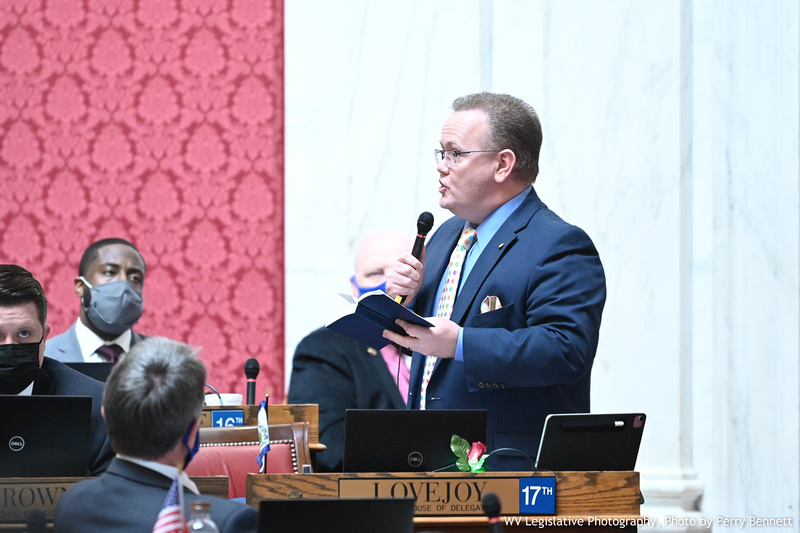 The bill is currently in the House Finance Committee, awaiting consideration by that body.