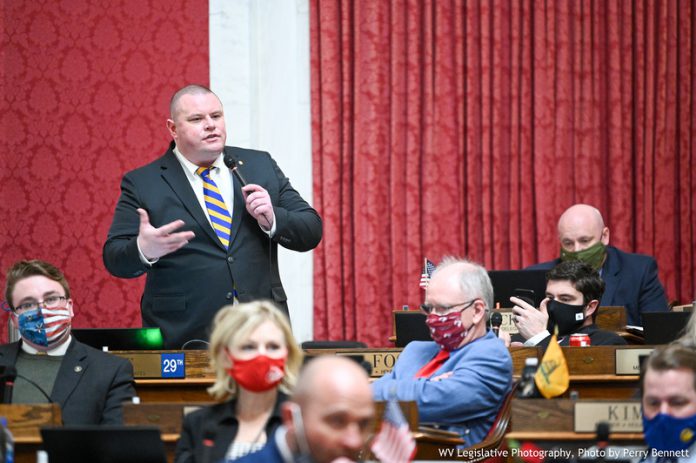 West Virginia’s 412-page criminal code re-write gets referred to the newly established Sentencing Commission by the Senate after passing out of the House of Delegates.

The Sentencing Commission was established in 2020 “to promote a fuller understanding” of West Virginia’s “criminal justice sentencing system.” The Commission is comprised of 13 members, including law enforcement, public defenders, state officials, judges and prosecutors.

The House’s version of House Bill 2017 adds two new sections of code: Article 17 – Classification of Offenses and Authorized Disposition of Offenders and Article 18 – Restitution and Fines. The bill also amends several other articles of the criminal code to incorporate the new class system.

“This is a great bill,” said Government Organization Chairman Brandon Steele (R-Raleigh). “It’s a great starting place for us to update, modernize our code, as many of our sister states around the country have done over the past 20 years.”

The Felony Classifications are as follows:

Fines for felonies are fixed at not more than $500,000 unless other provided.

A judge can decide to bump a class 6 felony to a class 1 misdemeanor, if he/she feels it is appropriate.

The Misdemeanor Classifications are as follows:

Fines against enterprises, which are any entity other than an individual person, are as follows:

House opponents of the bill and the Senate agree there is not enough time to get through over a 400-page bill. It was on first reading in the House on March 29 and passed with limited debate on March 31. “This is a big deal. This is 150 years of the entire criminal law of the state of West Virginia,” said Del. Chad Lovejoy (D-Cabell). “I know we’re in a rush to kind of get things done, but sometimes, getting it done right is more important than getting it done first.”

The bill was introduced to the Senate on Day 51 of the Session and referred to the Judiciary Committee. The Senate Judiciary struck through the entirety of HB 2017 and replaced it with the powers and duties of the WV Sentencing Commission. The committee amended the section of the code by inserting the commission consider the provisions of the Second Engrossment of the Committee Substitute for HB 2017, which is the version that passed the House. The bill does not required the commission to adopt the provisions.

“It’s an important and an impressive piece of work,” said Senate Judiciary Chairman 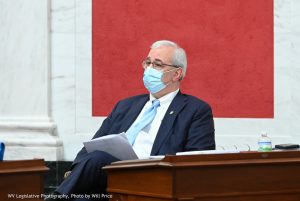 Chairman Trump stated he spoke with Chairman Steele about the bill and how the Senate would be moving forward with it.

“I think he realizes with a week left in the session when we received it, it was going to be impossible and impractical for the Senate to take up in any meaningful way,” Trump said.

The Senate, unanimously, passed its version of HB 2017 on Thursday, April 8. After receiving the bill back from the Senate, the House referred the bill to the Judiciary Committee. 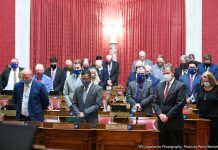