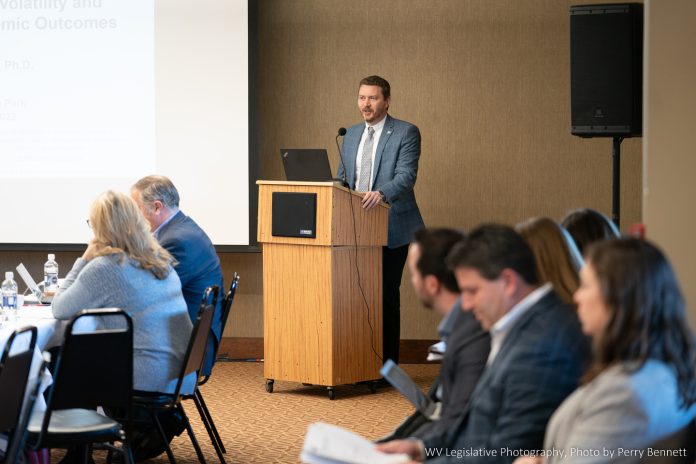 Members of the Joint Committee on Natural Gas Development listened to a presentation from John Deskins, director of the Bureau of Business & Economic Research at West Virginia University, during the second day of November interim meetings on Monday. The committee met at Cacapon Resort State Park in Berkeley Springs.

According to Deskins, natural gas severance tax revenue between the start of the 2023 fiscal year in July and October accounted for approximately 20 percent of the $575 million in total general revenue surplus tax revenue during the same time period. Those figures came in at $205 million, easily exceeding the $92 million estimate by the Department of Revenue.

Deskins closed by giving the committee a word of caution, noting that he expects natural gas prices to fall over the course of the next year.