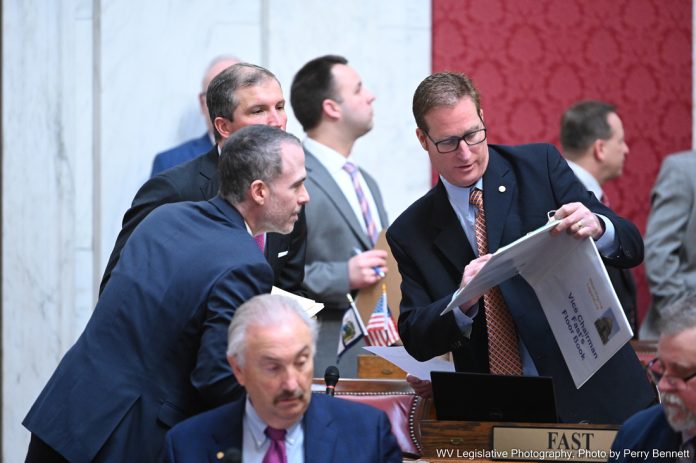 Today, the House convened at 11 a.m. and passed five bills.

Senate Bill 161 authorizes the director of DNR with the written approval of the Secretary of Commerce to sell, lease, or otherwise dispose of property under the director’s control

House Bill 2029 requires the full involvement of law enforcement in the person-to-person presentation of an eviction notice.

House Bill 2412 advanced to third reading with the right to amend. House Bill 2412 would designate November 14 as an official day of remembrance for the 75 souls lost in the 1970 Marshall University Plane Crash.

Two bills were on first reading. House Bill 2530 extends the expiration of temporary registration plates from 60 days to 90 days. House Bill 2533 allows for a permanent windshield placard to be valid for the duration of the applicant’s life, not requiring renewal.